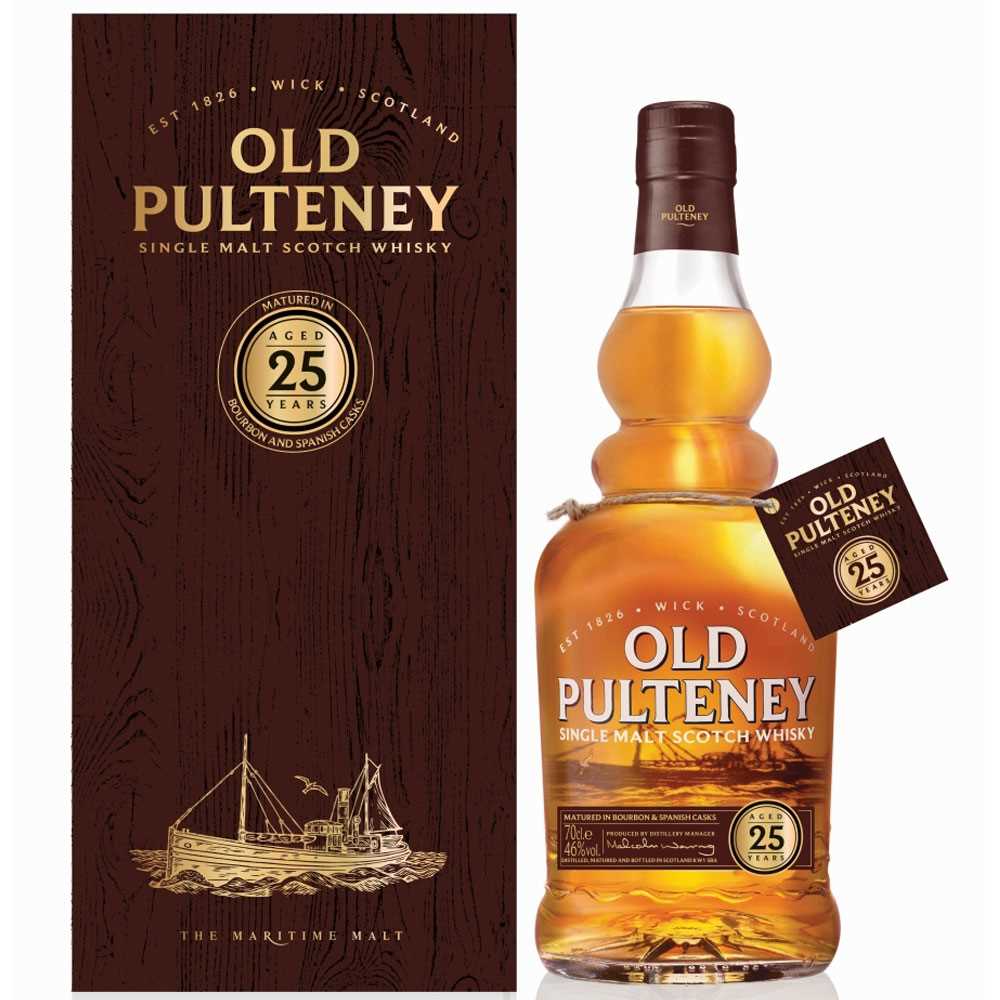 Announced in September 2017, Old Pulteney 25 Year Old is a handsome single malt from the distillery in Wick. It was aged for quarter of a century, starting out in American oak casks for 22 years before being moved over to ex-Oloroso Sherry Spanish oak butts for the remainder of its maturation.

Tasting Note:
Nose: Mature and fragrant with heavy spices and dark chocolate notes
Palate: Bitter chocolate and creamy vanilla with hints of toffee, followed by a long and spicy finish