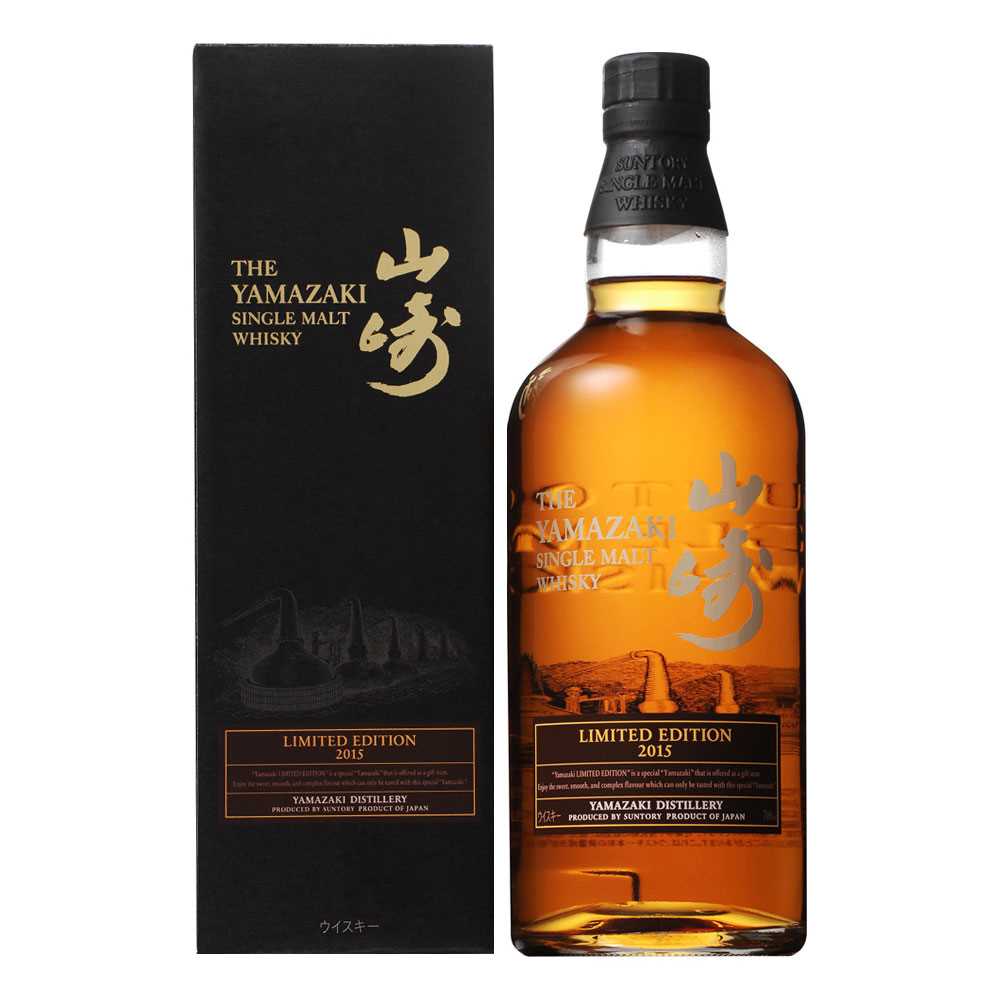 This new nectar created by Suntory Chief Master Blender is an blend of several single malts distilled and aged in Yamazaki, the very first malt distillery of Japan.

On the menu of this whisky bottled at 43%, some single malts aged for over 20 years in Sherry Casks, and some "Young Talents" which are relatively young but already revealing an intense character single malts aged in Bourbon Barrels.

For this new 2015 version, a collector's bottle was created with the stills of the distillery painted in the background, plus a nice case proudly displaying the golden sign of Yamazaki wrote in Japanese.